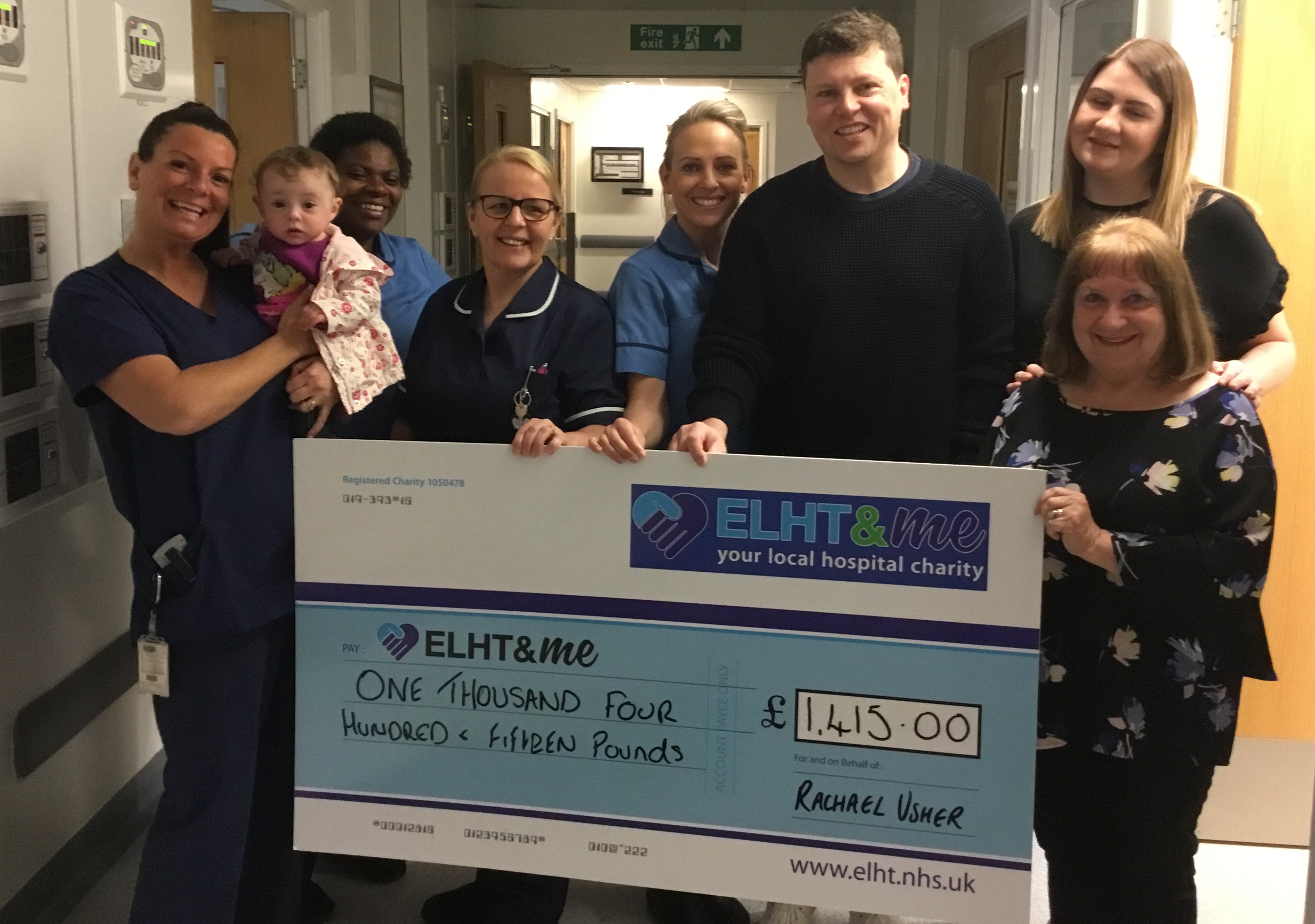 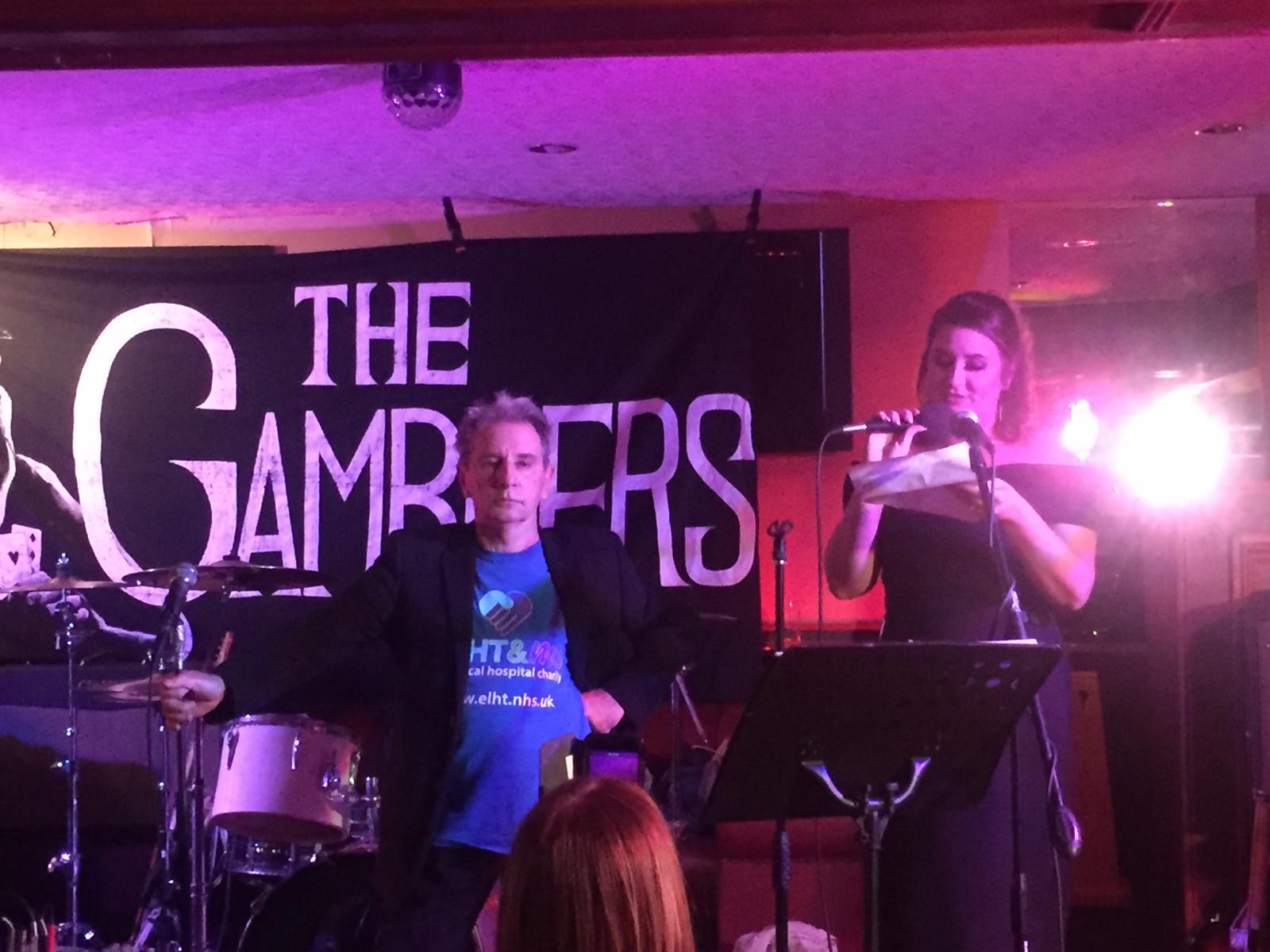 Pictured: (left) Rachael and her family present a cheque to staff on NICU at Lancashire Women's and Newborn Centre, (right) Rachael reads a poem she wrote for her dad Mike on stage at the birthday fundraiser.

Rachael Usher and her father Mike Platt celebrated their 30th and 70th birthdays with a joint party to raise money for ELHT&Me. The funds raised are to be spent on the Neonatal Intensive Care Unit (NICU) in Lancashire Women’s and Newborn Centre, at Burnley General Teaching Hospital.

Guests were requested to donate to the hospital charity instead of buying gifts, a raffle was held at the party and they created a JustGiving page. Fundraising surpassed their initial target of £500, and a total of £1,415 was donated to the hospital.

“The birthdays were huge milestones for my Dad, who hasn’t been in the best health, and me, as his youngest daughter, so a joint party was a must!” Rachael said.

“Our close family friends Dax and Jane Balfour’s daughter Pippa was in NICU for almost six months and is a real miracle! Dax is a Radiographer at East Lancashire Hospitals Trust too.

“Two of my very close friends Richard and Julie Fogarty were expecting twins, unfortunately they lost Esther, the smallest twin, but the surviving twin Violet was in NICU for six weeks and another little miracle! These links with the unit inspired me to raise money to help those who have had similar experiences.”

The party was held on the 23 February 2019 at the Rose and Bowl in Stacksteads. The landlord, Jon, provided food for the guests at no charge, meaning the money that would be spent on catering could also be donated to the charity. Burnley Football Club also donated signed merchandise for the raffle.

“The room was full to bursting, filled with all of our family and friends celebrating our birthdays but raising money for such a worthy cause! Our guests were so generous - it was amazing to hear how many families the NICU unit had helped and this explained the generosity in donations”, said Rachael.

Denise Gee, Fundraising Manager at ELHT&Me, said, “We are so pleased that Rachael and Mike enjoyed their birthday celebrations. Raising money in celebration is a great way to make a huge difference to your local hospital, whilst enjoying a special occasion.

“These funds will be used on the NICU ward to improve patient care beyond standard NHS funding.”

Return to News
Was this page helpful?
Hide this section
Show accessibility tools